Port Town of Lavrentiya, aerial view, Chukotsk Peninsula, NE Russia. It is situated on Lavrentiya Bay, named by Captain James Cook who arrived in the bay on the feast day of Saint Lawrence in 1778. The village itself was founded in 1928 (although some sources suggest 1927. By 1928 a Kultbaza (a semi-permanent cultural base established by the Soviet Union in rural areas to ensure the ideological education of local indigenous inhabitants) had been established in the area and by 1930 the settlement was sufficient that it was appointed as the administrative centre of Chukotsky District. This appointment was later transferred to Uelen but administrative responsibilities returned to Lavrentiya in 1942., 1992 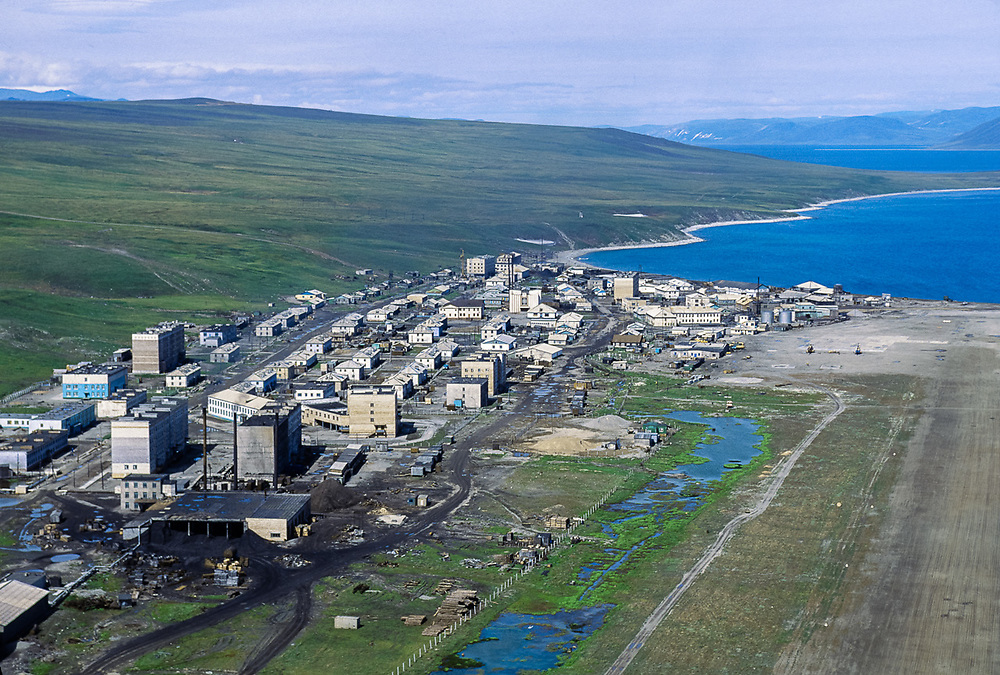